HOW A SIMPLE WRITING EXERCISE TURNED INTO MY NEW ROMANCE, "SMILE NUMBER SEVEN"

Most people admit to having an ultimate screen idol—that one movie star they consider to be drool-worthy. But could anyone ever imagine meeting and falling in love with that person in real life? Isn't that what the Freebie-5 list is for? For the fantasy of having the opportunity?

A simple writing exercise years ago had me wondering what would happen if a young unknown woman met her much older movie idol by chance and then sparks flew.

Fast forward to a few years ago when Bella Books had a call for submissions for their Happily Ever After anthology. I dusted off those seminal characters who had never left me, and I crafted the short story titled, The Desert Diner.

Once I'd finished writing it however, I realized that a much deeper journey was about to begin. One in which the older, closeted, Oscar-winning Katarina Verralta would have to face a self-reckoning if she was to ever attain what had always eluded her—true love.

Several years Katarina's junior, Julia Dearling takes the leap of faith with her because what could possibly go wrong? Right?

The plot for Smile Number Seven was born.

Together, Katarina and Julia told me their story as they navigated the chasms of age, culture, and lifestyle. They didn't disappoint.

In their world, the myriad differences ultimately became meaningless in the face of a once-in-a-lifetime love.

By the end of Smile Number Seven, they had delivered and sealed their unique brand of happily ever after.

But what I hadn't realized until the end of Smile Number Seven were two very important things: 1.) An entire universe can grow from a seed, and 2.) After all the years that Julia and Katarina had inhabited the same story file, they must have gotten to know each other really well. 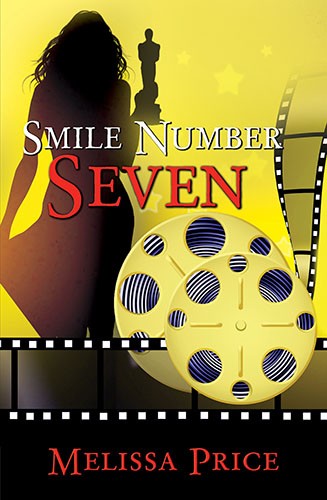 Smile Number Seven
The Midquel: Is That Even a Thing?
Skin in the Game: The Steel Eyes Story Continues

More posts from author
Thursday, 23 September 2021 Author Melissa Price talks about what she learned from Drag Queens
Thursday, 23 May 2019 The Midquel: Is That Even a Thing?
Tuesday, 01 August 2017 Skin in the Game: The Steel Eyes Story Continues